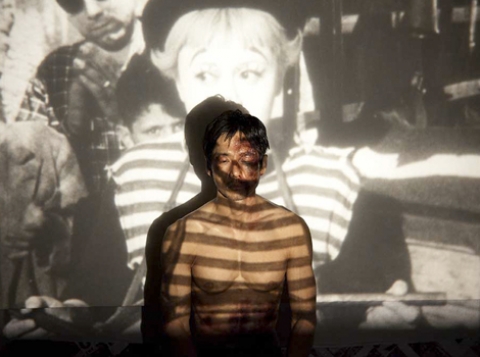 Shuji is a young filmmaker who longs to bring back the artistic quality of the cinema classics. Frustrated, he finds solace in visiting the graves of his cherished directors. Shuji discovers that his brother Shingo has been beaten to death for failure to pay back the loans to finance Shuji`s filmmaking. He decides that the only way to pay off the debt is to become a human punching bag in the gym`s toilets where his brother was killed.