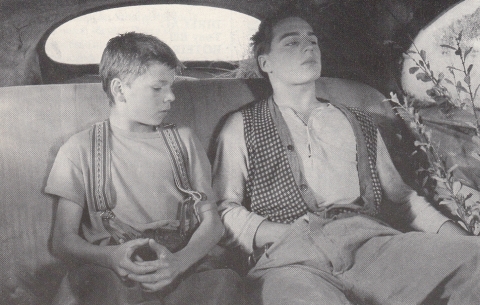 Suzanne and Maria are sisters who are extremely close. They have a happy childhood despite the absence of their mother, who passed away when they were still little girls. The truck driver Nicolas, their at times clumsy but loving father, runs the household the very best he can, until the day that Suzanne gets pregnant. Little Charly arrives and the family gets bigger. But Suzanne meets Julien, a bit of a bad boy, and they fall hopelessly in love. She runs away with him abandoning everyone and leaving everything behind.


Born in 1980 in Abidjian, Côté d’Ivoire. Studied cinema and philosophy at the Paris 8 University. She was one of the organizers of the Mid-Length Festival in Brive. She directed the short films À Bras le Corps (2005), followed by Imprudence (2007, 31st Mostra), e L’Échappée (2009). Her first feature film, Love like Poison (2009, 34th Mostra), was selected for the Director’s Fortnight at Cannes and won the Jean Vigo Prize. Suzanne is her second feature film.