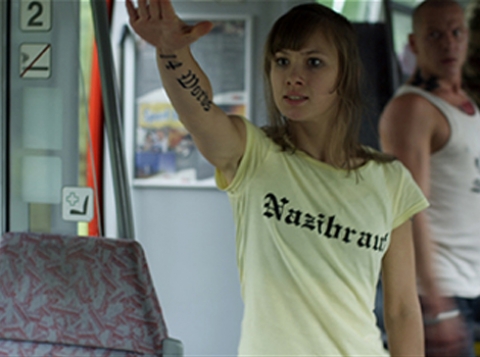 Marisa, a 20-year-old German girl, hates foreigners, Jews, cops and everyone she finds guilty for the decline of her country. Her next tattoo will be a portrait of Adolf Hitler. The only place she feels home is with the Neo-Nazi gang she belongs to, where hate, violence and heavy parties are the daily rules. When 14-year-old Svenja joins the group, Marisa appears like a role model to her: she fits the purest idea of a combat girl fighting for the group’ principles. But Marisa’ convictions will slowly evolve when she accidentally meets a young Afghan refugee. 
Was born in Gelsenkirchen, Germany, in 1977, and grew up in Islamabad, among other cities. He has worked for several television, film, and theater productions. He attended business school and studied journalism. He has directed the medium length film Kleine Lichter (2008). He has also studied directing at the Film and Television University Konrad Wolf, in Potsdam, Germany. Combat Girls is his diploma project.