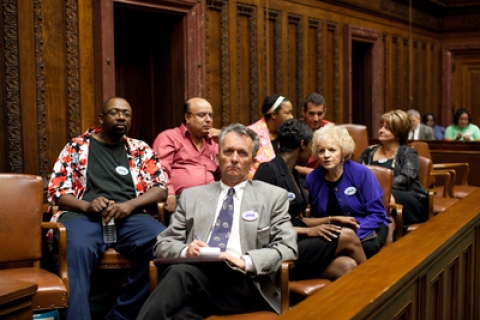 January 11th 2009, Cleveland, Ohio. Lawyer Josh Cohen and his partners summon before the court 21 banks they deem responsible for the foreclosures that have devastated their city. But the Wall Street banks fight back. They use every means possible to impede the proceedings. The story of a trial that should have happened, conducted for cinema and whose story, protagonists, and testimonies are real.