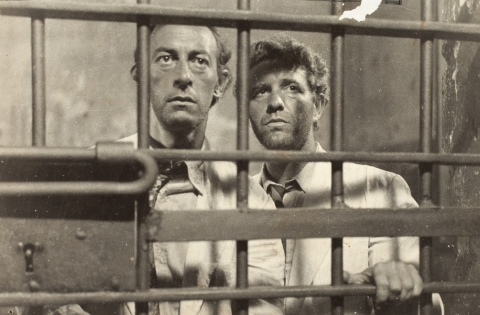 Case Of The Naves Brothers

Case Of The Naves Brothers

After their relative and associate runs way, the Naves brothers inform the police of the incident, who end up arresting them under the accusation of murdering the missing person. The brothers are tortured in order to confess a crime they did not commit while their wives are raped. During the trial, they are absolved twice despite being found guilty by the Court of Justice. Fifteen years later, in 1952, the “victim” reappears. One of the brothers has already died. The other one has been rehabilitated and now fights to obtain an indemnity.