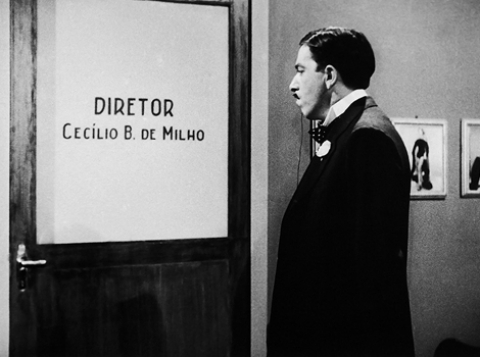 Two rogues from Rio de Janeiro, Piro and Miro, show to dr. Cecílio B. de Milho (corn, in Portuguese). producer of the Acropolis Films, the argument of a "chanchada" (Brazilian musical comedy). The producer, who dreams of making an epic about Helen of Troy, rejects the argument, but eventually employs them as cleaners of the studio. Then, determined to make his movie, Cecil hires Professor Xenophon, an expert in Greek mythology, to assist in achieving the epic. From there, the two rogues come into conflict with the noble and wise, and after much confusion, the film of Cecílio B. de Milho turns into a festive Carnival comedy.