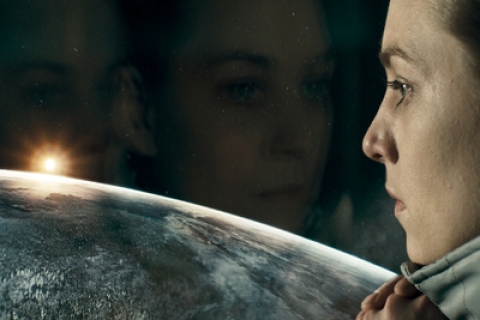 Sometime in the future, most of humanity lives in outer space, in overcrowded space stations. Their last hope to escape the chaotic situation is Rhea, a paradise-like planet, five light years away from earth. Laura, a young doctor, is the only one awake on board of the spacecraft Kassandra. The rest of the crew is asleep, deep-frozen. On her daily inspection route, Laura gets the feeling of being watched.


Was born in Switzerland in 1971. Graduated in Filmmaking in 2000 and directed the short film Nomina Domini (2000). Worked as a video jokey during university and founded his own film production company, producing and directing commercials, music videos and corporate films. Cargo is his first feature film.


Was born in Switzerland in 1978 and studied Film Directing the University of Art and Design in Zurich. Lives in Germany, where he works as an independent film director and author. Directed several short films, amongst them Having Fun (2000), Blindness (2002) and Below It (2009). Cargo is his first feature film.