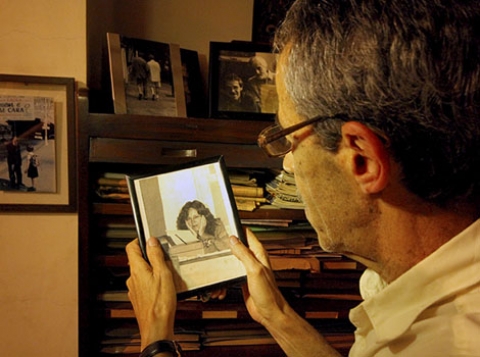 An icon of the marginal poetry of the 70’s in Rio, Ana Cristina Cesar killed herself in 1983, at the age of 31, leaving behind many readers and fans. She wrote verses, articles, translated poems and short stories, studied film and literature, lectured and wrote letters. Her direct but delicate style, visceral, communicative has influenced the work and poetry of many writers. Through the appropriation of her work by other artists, the documentary seeks to capture the beauty and originality of her writing, whether in the dance of Marcia Rubin, the stage play by Paulo José and Ana Kutner or the poetry of Alice Sant`Anna. All of them, in different and particular ways, live with the comas, the pauses, the voice and the eyes of the poet.