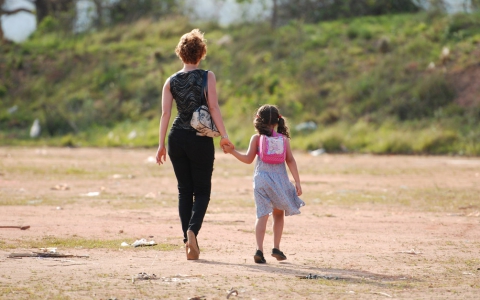 A child is kidnapped. At the police station, Sylvia and Bernardo, parents of the victim, and Rosa, the main suspect and Bernardo’s lover, give contradictory statements. Rosa and Bernardo met inside a train from Rio de Janeiro’s suburbs and became lovers. Obsessed, Rosa starts a secret friendship with Sylvia, not wanting her to find out about the affair.


Born in Ribeirão Preto, Brazil, in 1976. He studied cinema at USP’s Communication and Arts School and currently works as a director and screenplay writer. For nine years, he has worked at Teatro Oficina as an actor, playwright and video director. He wrote and directed nine short films, including Trópico das Cabras (2007), A Garrafa do Diabo (2009), O Rim de Napoleão (2009) and Magnífica Desolação (2010). A Wolf at the Door is his first feature film.