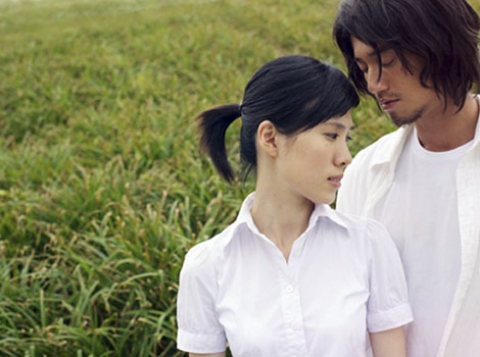 Xiao-Zhun`s world is like the elevator she operates in a department store: static and low-key. When she finds out her boyfriend is cheating on her, the shy girl decides to find a better home for her pet blowfish. A lonely baseball coach purchases the blowfish at an internet auction. He is waiting in his home for his wife who left him. When Xiao-Zhun takes the Blowfish across town to his house, she decides to stay with him. Until one day the coach finally wants to learn this girl’s real name. 
A Taiwanese writer and poet, he works as an assistant professor at the National Taipei University of Arts Film Department. After a few short films, he wrote the script for his first feature film, Hurricane Festival (1998). He has also written and directed the features Chocolate Rap (2006), Beautiful Crazy (2008) and Taipei 24h (2009).