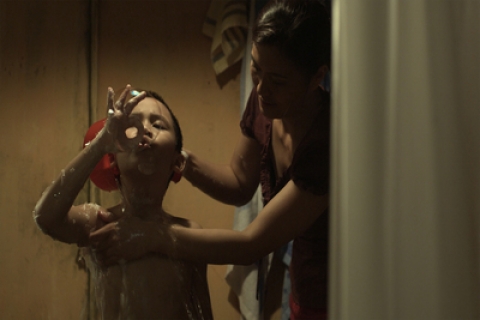 In old Hanoi, Bi, a six-years-old child, his parents, his aunt and their servant are living together in one house. His favorite playground is an ice factory. After years of absence, his grandfather, gravely ill, returns from abroad and settles home. Gradually, a relationship grows between Bi and his grandfather. Meanwhile the father distances himself from his family. Every night he gets drunk and goes to seek solace with a masseuse. Bi?s mother turns a blind eye and transfers her affection to the grandfather. The aunt is a very prudish high-school teacher. One day she passes a schoolboy in the bus. The attraction she feels for him disrupts her life.