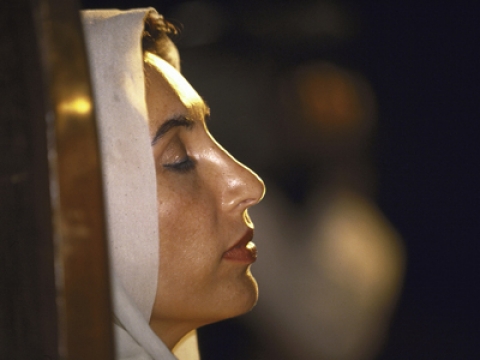 As the first woman to lead an Islamic nation, former Pakistani Prime Minister Benazir Bhutto’s life (1953-2007) unfolds like a tragedy. Her family’s wealth, political prominence and penchant for controversy have led many to call the Bhutto’s “The Kennedy’s of Pakistan.” Educated at Harvard and Oxford, Benazir Bhutto evolved from pampered princess to polarizing politician battling tradition and terrorism in the world’s only nuclear armed Islamic country. The film uses never publically heard audiotapes to create the haunting illusion that Benazir is narrating the film.


Was born in Boston, USA. Founded his political consulting business in 1994 in San Francisco and worked on Hillary Clinton’s 2008 presidential campaign. Bhutto is his first film as a director.