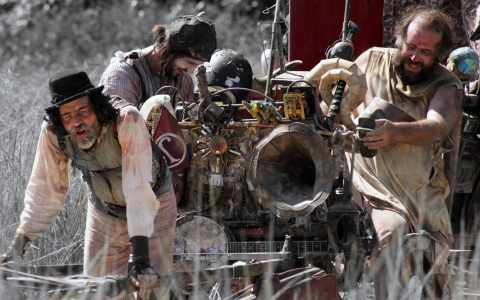 Alonso and Nildo are following a road. Times goes by on each of their steps, nothing happens and they are not sure where they will arrive. They are in their cart, guided by a horse called Ruminante. They run against time, in his last days of their lives. Alonso has the gift of words and Nildo is easily enchanted by the universe of possibilities. Along the way, they begin to think about life, the choices they made, their regrets and aborted dreams. They realize the nostalgia they felt of the past was not useful to guide the future.