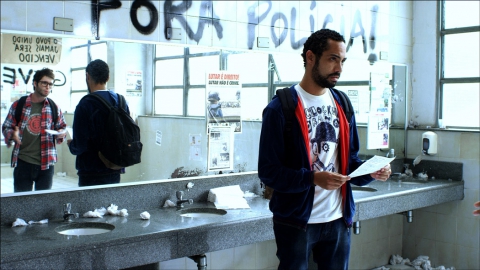 Leandro, a young student under pressure to graduate, is conducting research on the Brazilian military dictatorship. During this process, he stumbles upon the work of the recently deceased artist Jairo Mendes and begins to search for his only film, The Beheading Game, censored by the government in 1973. While he lives through the outbreak of protests that are currently happening in the major cities of Brazil, he begins to feel a connection with the artist.