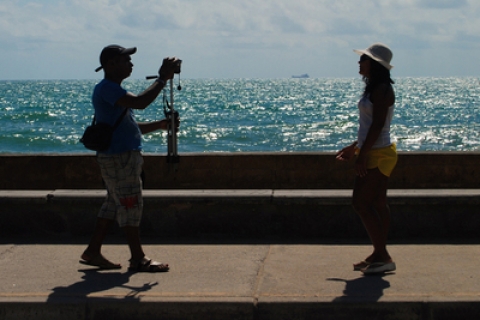 From 2002 to 2003, Fernando Meirelles’ City of God became one of the well-received Brazilian films abroad ever, with four Oscar nominations and universal critical acclaim. This documentary catches up with the actors, many of them real-life slum inhabitants who ten years ago gave life to unforgettable characters and changed the face of Brazilian cinema. 
A director and actor, he directed the segment Concerto para Violino of the feature film 5x Favela, Now by Ourselves (2010). He also co-directed 5x Pacificação (2012).