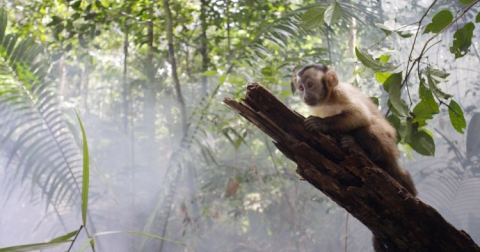 A 3D odyssey into the world’s biggest rainforest: the Amazon. After a plane crash, Saï, a capuchin monkey born and raised in captivity, finds himself alone and lost in the wilderness of the Amazon jungle. Unprepared, the little monkey feels helpless with this sudden freedom, having to find his way and protect himself from the traps nature has laid out and soon understand that finding fellow capuchin monkeys and being adopted by them may be his only hope for survival.