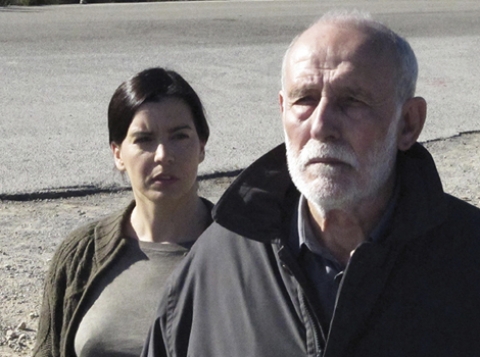 A Oeste do Fim Do Mundo
Brazil

Argentina. An old gas station lost in the immensity of the old transcontinental road is a refuge for the introspective Leon. A man of few words, few gestures and no friends, his loneliness is only interrupted either when truck drivers stop at his place for fuel or whenever he is visited by Silas, a sarcastic retired hippie motorcycle driver. Time slowly goes by at the margins of the old road until the day when the enigmatic and unexpected arrival of Ana radically transforms their daily lives.