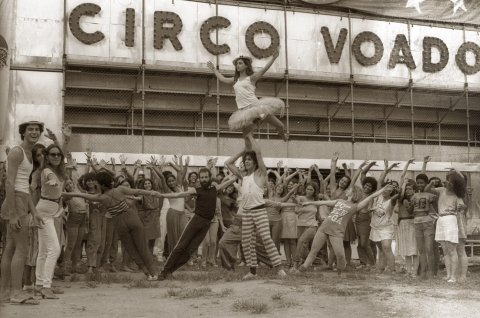 A Farra do Circo
Brazil

It all began when around 200 artists raised a tarp in Arpoador beach during the summer of 1982, in an episode that changed the course of cultural production in Brazil. With never-before-seen footage of the time, the movie is a journey back to the effervescence of the Rio cultural scene, from the foundation of the Circo Voador to the Mexico World Cup in 1986, when the utopian dream ended for many people. 
He has been worked as an editor, producer, director of photography, screenwriter and editor since 1993. He has directed, shot and edited short films, besides directing and editing, in partnership with Roberto Berliner, the documentary Hebert de Perto (2009), a feature film about the life of musician Hebert Vianna.