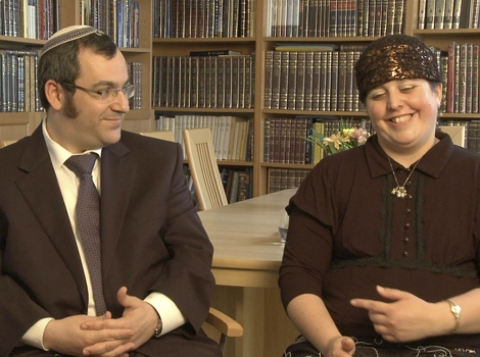 The film is a tragicomic exploration of Jewish purity laws. From kosher food to ritual hygiene, sex by the book to the "not quite kosher" Jewish identity of the filmmaker Ruth Olshan herself, the documentary makes a journey into the author`s eastern European roots and contemporary Jewish life in Germany. 
She was born 1970 in Moscow. Immigrated in 1971 with her family to Israel and 1974 to Germany. She studied “Film and Theatre Studies” at the Freie Universität Berlin, "Film and TV" at the Kunsthochschule für Medien Köln and also at the Escuela Internacional de Cine y de Televisión de Cuba. She directed the features Stundenhotel (2000) e Wie Luft zum Atmen (2005).