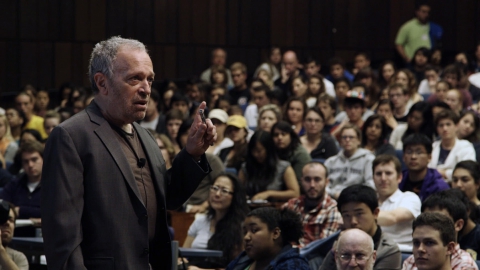 Inequality For All
United States

The American economy is in crisis. Enter Robert Reich: Secretary of Labor under Clinton, revered professor and author of thirteen books. “Bob”, as he’s referred to, shares a light on the urgency of this issue. Economic imbalances are now at near historically unprecedented levels. In fact, the two years of widest economic inequality of the last century were 1928 and 2007 – the two years just before the greatest economic crashes of modern times. What is the link between high inequality and economic crashes? What is happening to the middle class?


Beginning his career as a stage director, he went on to direct the features Haiku Tunnel (2001) and The Best Thief in the World (2004). Inequality for All, his third feature film, won the US Documentary Special Jury Award at Sundance.