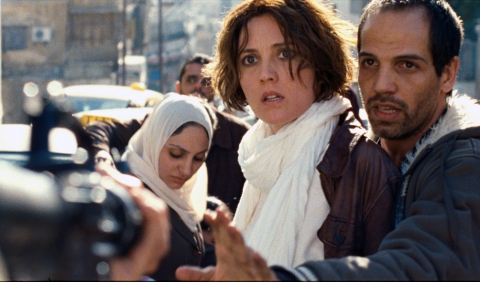 Manena is a very determined teenager, and the darling daughter of Pancho, a rich Chilean landowner who devotes his vacations to a single obsession: the extermination of carp fish that invade his lake. As he resorts to ever more extreme methods over the course of the summer, Manena experiences her first deception in love and discovers a world that silently co-exists alongside her own: that of the Mapuche Indian workers who claim access to these lands, and who stand up to her father.


She graduated in aesthetics from Catholic University in Chile and got a master degree in media studies at the Sorbonne, Paris. In 1999, she directed her first mid-length documentary film, Valparaíso, followed by I Love Pinochet (2001), Opus Dei (2006) and the full length El Mocito (2011). The Summer of Flying Fish is her first fiction feature film.