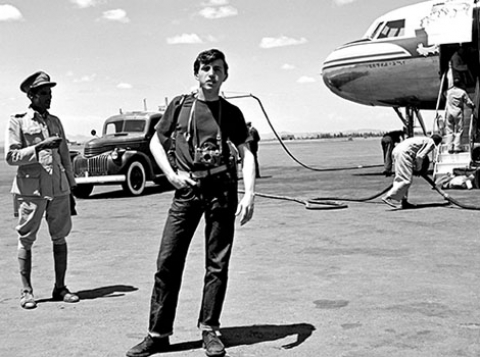 James Dean walks down Broadway, his shoulders hunched against the drizzle. This iconic photograph is the work of Dennis Stock (1928 - 2010), one of the most influential chroniclers of the late 20th century. The film introduces Stock in his own words, through hundreds of his famous and through his photography class. Stocks‚Äô prolific photography captured not only history, but recorded his own life as well. In Stock’ own words, “It is a marvelous way of saying ‚ÄòI‚Äôve been here!‚Äô”. 
Born in Bystrzyca Klodzka, Poland, in 1975. Graduated at the National Film School in Lodz. She has made five short films, among them That Sleepless Night (2000). She has worked for Polish National Television as a director. She is also a theatre director, having finished theatre studies at Smith College. Beyond Iconic is her first feature film.