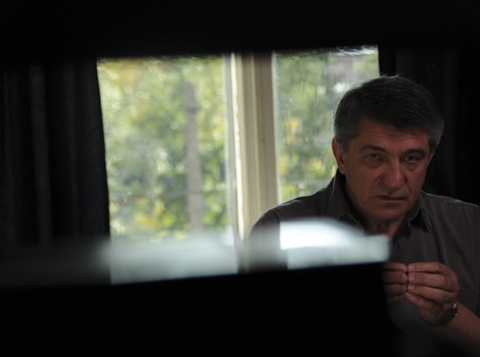 An analysis of the work of Aleksander Sokurov, one of the most important contemporary filmmakers. Born in Podorvikha village, Siberian Russia, in 1951, he worked extensively in television and later graduated from the prestigious film school VGIK in 1979. His films often created tensions with the Soviet authorities, but he received great support from Russian artists such as Andrei Tarkovsky. Particularly after the collapse of the regime, Sokurov`s films started earning him numerous awards around the world : his last film, Faust (2011), also in the selection of 35th Mostra, won the Golden Lion at Venice Film Festival.