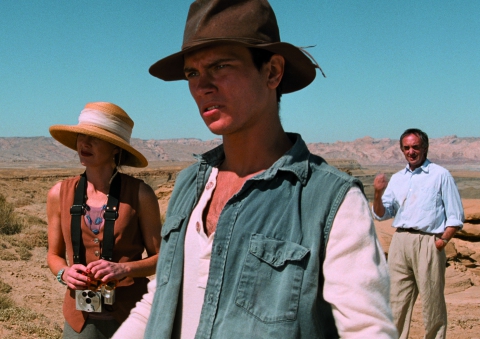 Boy, a young widower with Native American roots, lives in a desert contaminated by nuclear tests. In this desolate place, surrounded by katchina dolls which the indigenous population believes to possess magical powers, he awaits the end of the world. His refuge is suddenly invaded by Harry and Buffy, a couple on their second honeymoon as an attempt to save their marriage. When their car breaks down in the middle of nowhere, Boy offers to help. But then, hoping to cross over into a better world with Buffy, he starts treating them like prisoners. Director George Sluizer finally completes his 1993 film, a project left unfinished due to the death of lead actor River Phoenix.