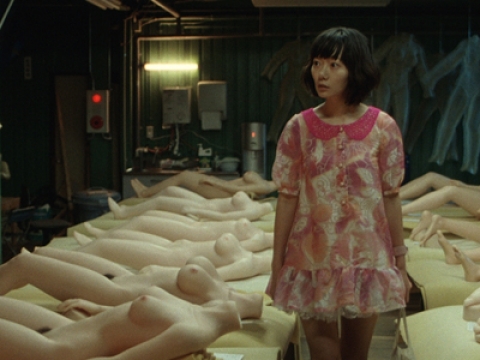 A life size air doll develops a soul. On exploring the world around her, she soon falls in love with Junichi, a video store clerk. Just when everything seems perfect, an unexpected turn of events throws her fragile existence into turmoil. Where do we find meaning in our own lives? What ultimately makes us human?


Was born in Tokyo in 1962. After graduating from the Literature Department of Waseda University, Kore-eda joined TV Man Union, a large, independent television production company, where he has directed many prize-winning documentaries. His ﬁrst feature ﬁlm, Maborosi (1995, 20th Mostra), won the Ozella d’Oro at the Venice Film Festival. His second feature, After Life (1999, 22nd Mostra), was distributed in over 30 countries. He also directed Distance (2001); Nobody Knows (2004, 28th Mostra), best actor prize at Cannes; Hana (2006, 31st Mostra) and Still Walking (2008, 33rd Mostra).