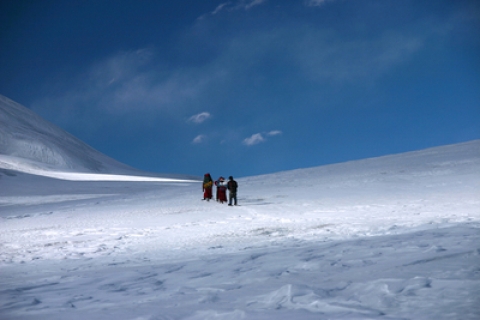 For thousands of Tibetan refugees, a mountain pass nearly 6,000 meters above sea level on the border between Tibet and Nepal has been the gateway to freedom. For many it has been a fatal gauntlet. Kelsang Jigme is a legend among guides who help refugees escape over the pass. Amongst them are six children sent by their parents into exile across the highest mountain range in the world. They are joined by others who share a past of imprisonment and torture.


Was born in 1965 in Vienna, where she attended Drama School. She has been working as a freelance author and director of radio and TV programs since 1998. She directed documentaries about Himalaya for German TV. Good Bye Tibet is her first feature film.