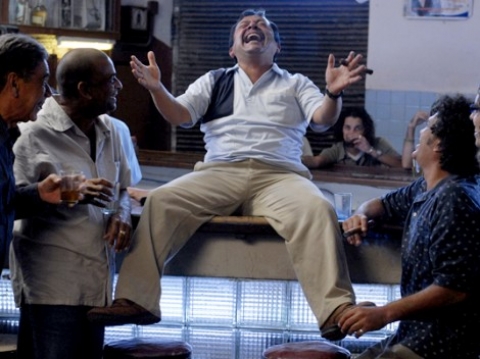 Silverio Palacios, a failed former union member from Veracruz, Mexico, decides to make his old friend Alacrán’ dream come true, by sailing to Miami in search of the American dream. Convinced that it’ completely inefficient to cross the border, Silverio transforms his old abandoned taxi into a raft that will take him across the Gulf of Mexico to the Florida coast.


He was born in Mexico City in 1973. He studied at Centro de Capacitación Cinematográfica, in Mexico, where he majored in directing. Has directed the short films Pichirilo (2002) and Si un Instante (2003), and has worked as a director of many TV series, amongst them Terminales (2008), Los Simuladores (2008-2009) and Mujeres Asesinas (2008-2010). Acorazado is his first feature film.