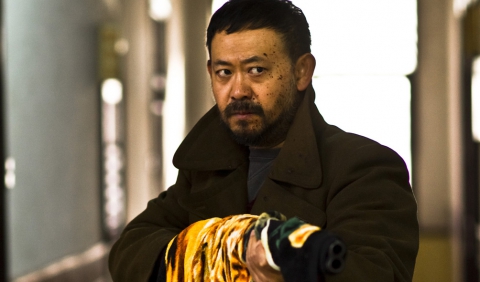 A Touch Of Sin

A Touch Of Sin

"An angry miner revolts against the corruption of his village leaders. A migrant worker who is home for New Year’s Eve discovers the infinite possibilities a fire arm can offer. A pretty receptionist at a sauna is pushed to the limit when a rich client assaults her. A young factory worker goes from job to job trying to improve his lot in life. Four people, four different provinces. A reflection on contemporary China: that of an economic giant slowly being eroded by violence.

Winner of the Palm for best screenplay at the Cannes Film Festival. 
Born in Fenyang, Shanxi province, in 1970. He studied at the Beijing Film Academy and graduated in 1997, directing his feature film debut, the award-winning Pickpocket (1997, 31st Mostra). He directed Platform (2000, 25th Mostra), A Touch of Sin (2013, 37th Mostra) and The World (2004), awarded with the Critics Prize at the 29th Mostra. During the 31st Mostra, the filmmaker came to São Paulo to present a retrospective of his work, including Unknown Pleasures (2002), Still Life (2006), winner of the Golden Lion at the Venice Film Festival, and Dong (2006). He has also directed the documentaries 24 City (2008, 32nd Mostra) and I Wish I Knew (2010, 34th Mostra). At the 38th Mostra, he was honored with the Leon Cakoff Prize and with the book O Mundo de Jia Zhangke, published in partnership with Cosac Naify. He also directed a segment of the feature Where Has the Time Gone? (2017, 41st Mostra).