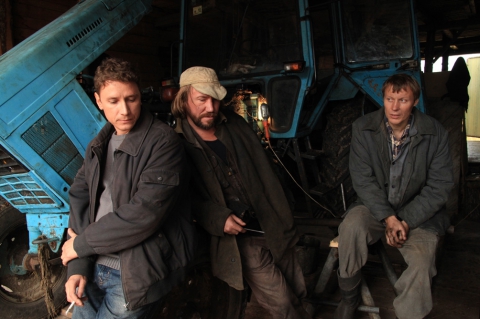 Living far away from their families, three Chinese girls are training to become kung fu fighters at the Shaolin Tagou Kung Fu School, located next to the Shaolin Monastery, where kung fu originated from. Three girls in a crowd of 26 thousand children are under pressure to conform to the norms. Even turned into fighting robots, behind the curtain they reveal themselves to be children with dreams and aspirations.


Born in Brussels, Belgium, in 1973. He studied at the Film Academy in Moscow (VGIK) and at the Baden-Württemberg Film Academy. He has worked as director of photography in several feature and documentary films. He has also directed the short films ZoZo (1995), Open Window (1998) and Linger on Moment (2007). Dragon Girls is his first feature film as a director.