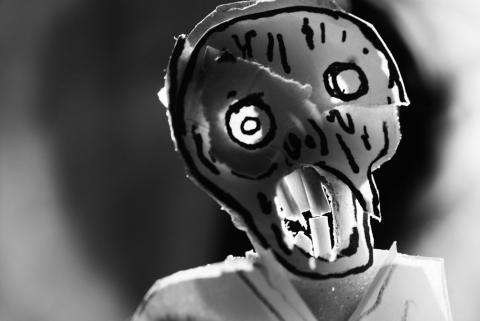 To promote their book Bosnian Flat Dog, Swedish comics creators Max Andersson and Lars Sjunnesson tour the countries of former Yugoslavia with a mummified Marshal Tito – dictator of former Yugoslavia until his death in 1980 – dummy. They encounter a number of characters populating the post-Yugoslav indie cultural scene. Watching border controls turn into improvised snapshot sessions and buying souvenir grenade shell handicrafts, they find that truth may indeed be stranger than fiction. 
She is a professional hat designer, Helena Ahonen maintains her own studio and shop in Berlin. She has collaborated with Max Andersson on several art projects between 1995 and the present. Tito on Ice is her first feature film.