Marie is an independent prostitute, a joyful member of the sex workers union, and a single mother. When her son, who’s passionate about cooking, gets kicked out of school, she enrols him in a top French cookery program. But her contagious optimism isn’t enough to pay the fees and sacrifices must be made. Will she succeed? 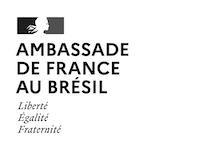 Born in France in 1973. She studied history and political science in Paris. She started her career as an actress, but soon began working with screenwriting and directing. In 2010, her first short film Everybody says I love you, was awarded in Cannes. She also directed the short films Model Daughter (2011), Neverland (2012) and Back Alley (2014), and co-directed the feature French Touch: Mixed Feelings (2019).