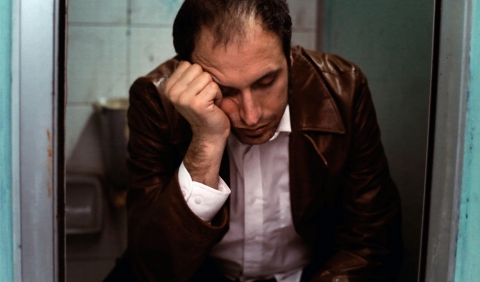 In this urban comedy, Cristobal, a father and businessman, is forced to move to Spain with his family when his wife is awarded a scholarship. Humiliated by this, he disappears and wanders through the city of Santiago looking for sex. After a pathetic night filled with failures, he must choose between his family and his ego. 
Born in Santiago in 1985. He studied at the Chile Film School, where he made his first feature film, You Think You`re the Prettiest, But You Are the Sluttiest (2009). Much Better Than You is his second feature film.