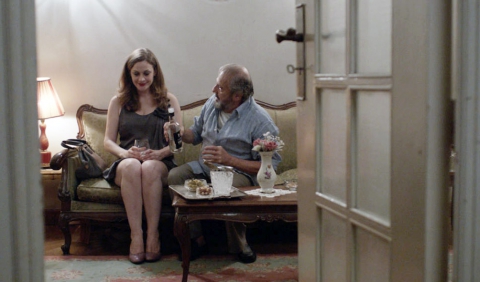 On the day of her birthday, eleven-year old Angeliki jumps off the balcony and falls to her death with a smile on her face. While the police and social services try to discover the reason for this apparent suicide, Angeliki’s family keep insisting that it was an accident. What is the secret that young Angeliki took with her? Why does her family persist in trying to “forget” her and to move on with its life? Winner of the Silver Lion for best director and Copa Volpi prize of best actor (Themis Panou) at the Venice Film Festival. 
Born in Larissa, Greece, in 1977. Studied at the Berlin University of the Arts. He directed the short documentary Home Made (2010) and the features Without (2008), Miss Violence, for which he won the Best Director Award at the Venice Film Festival, and True Crimes (2016).