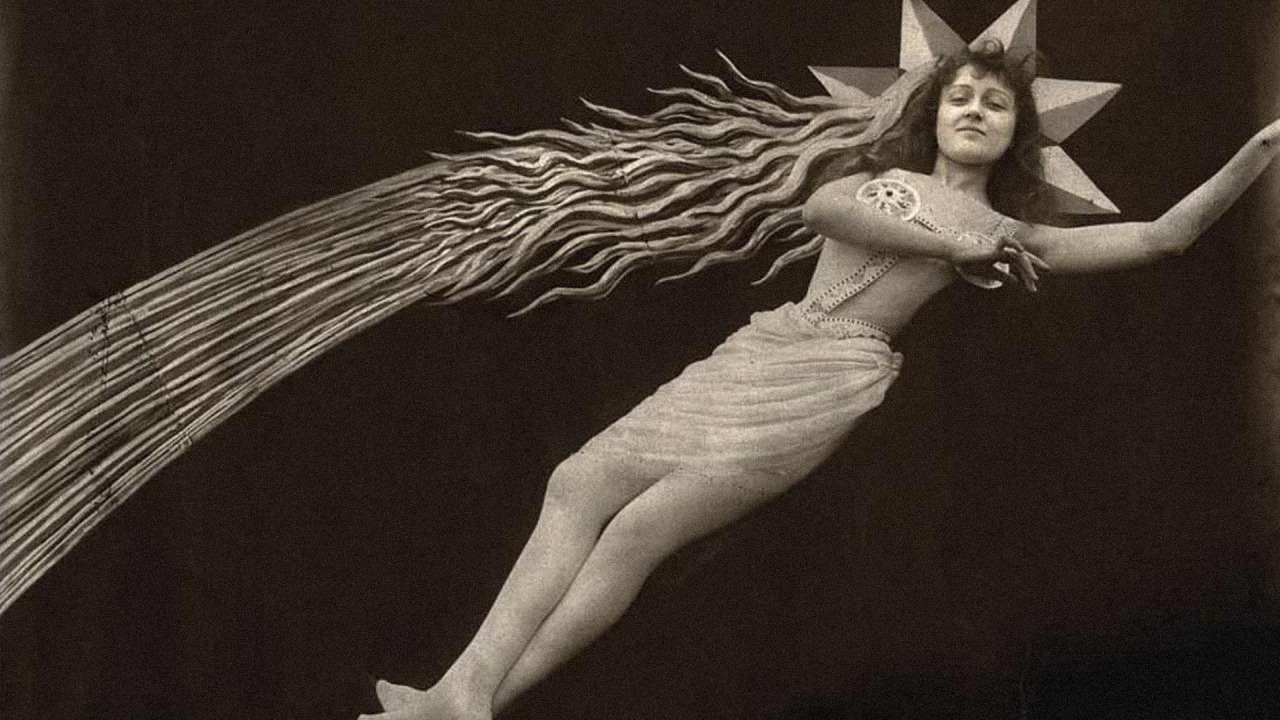 If brothers Lumière invented realism in cinema, Georges Méliès invented everything else: fantasy, delirium, and the endless possibilities of language.

The 43rd Mostra will screen the Méliès Programme, a selection of eight restored short films directed by this essencial French filmmaker. The films will be screened at Masp’s free span and as part of the celebration of the World Day of Audiovisual Heritage.

Georges Méliès (1861-1938) was a magician and illusionist before he began experimenting with film in the late 19th century. As Méliès became a filmmaker, he was a pioneer in the use of special effects techniques, juxtaposition, editing tricks, and costumes. His change of career seems to have inspired characters who sought to break the common logic of everyday life and that of the things we saw before our eyes. They were inventors, scientists, explorers, and magicians, like Méliès, in films inspired by the fantastic literature of Jules Verne and Jonathan Swift.

A Trip to the Moon (Le Voyage dans la Lune, 1902), certainly his most famous film, accompanies six scientists on an expedition to the moon, which has a human face. The rocket is released by an enormous cannon and hits the eye of the moon, an image that became classic.

Also very famous, The Impossible Voyage (Voyage a Travers L’Impossible, 1904) follows scientists on an expedition to the sun, while The Man with the Rubber Head (L’Homme a la Tete en Caoutchouc, 1901) tells the story of a pharmacist trying to make his own head grow.

In The Eclipse: Courtship of the Sun and Moon (Eclipse de Soleil en Pleine Lune, 1907), an Astronomy teacher shows the solar eclipse to his rowdy students. The moon passes in front of the sun in a comic love scene.

Even while portraying everyday life, Méliès would add fantastic elements to the story. In The Hilarious Posters (Les Affiches en Goguette, 1906), characters of advertising posters come to life. In The Living Playing Cards (Les Cartes Vivantes, 1905), an illusionist performing to a small audience gives life to a deck of cards.

Mostra will also screen short films in which Méliès portrayed famous figures, such as Joan of Arc (Jeanne d’Arc, 1900), which tells the story of the historical French heroine, and The Infernal Boiling Pot (Le Chaudron Infernal, 1903), which shows the demon Belphergor, one of the seven princes of Hell, burning three victims in his boiling pot.

The celebration of the World Day of Audiovisual Heritage at Masp will also include the screening of two Brazilian short films that were pioneering in animation: Macaco Feio...Macaco Bonito (1929) and Frivolitá (1930).

The screenings will be accompanied by music performed by Tony Berchmans, with the cultural support of Fritz Dobbert.

Tony Berchmans
Pianist, composer, music producer and specialist in the studies of cinematographic music. Since 1992, he has been acting in the phonographic production industry, coordinating, composing and producing sound for radio, television, cinema and internet in hundreds of projects. Berchmans also coordenates the Cinepiano, a tribute for cinema and soundtrack, through improvisation and synchronism with live musical accompaniment of classic films.