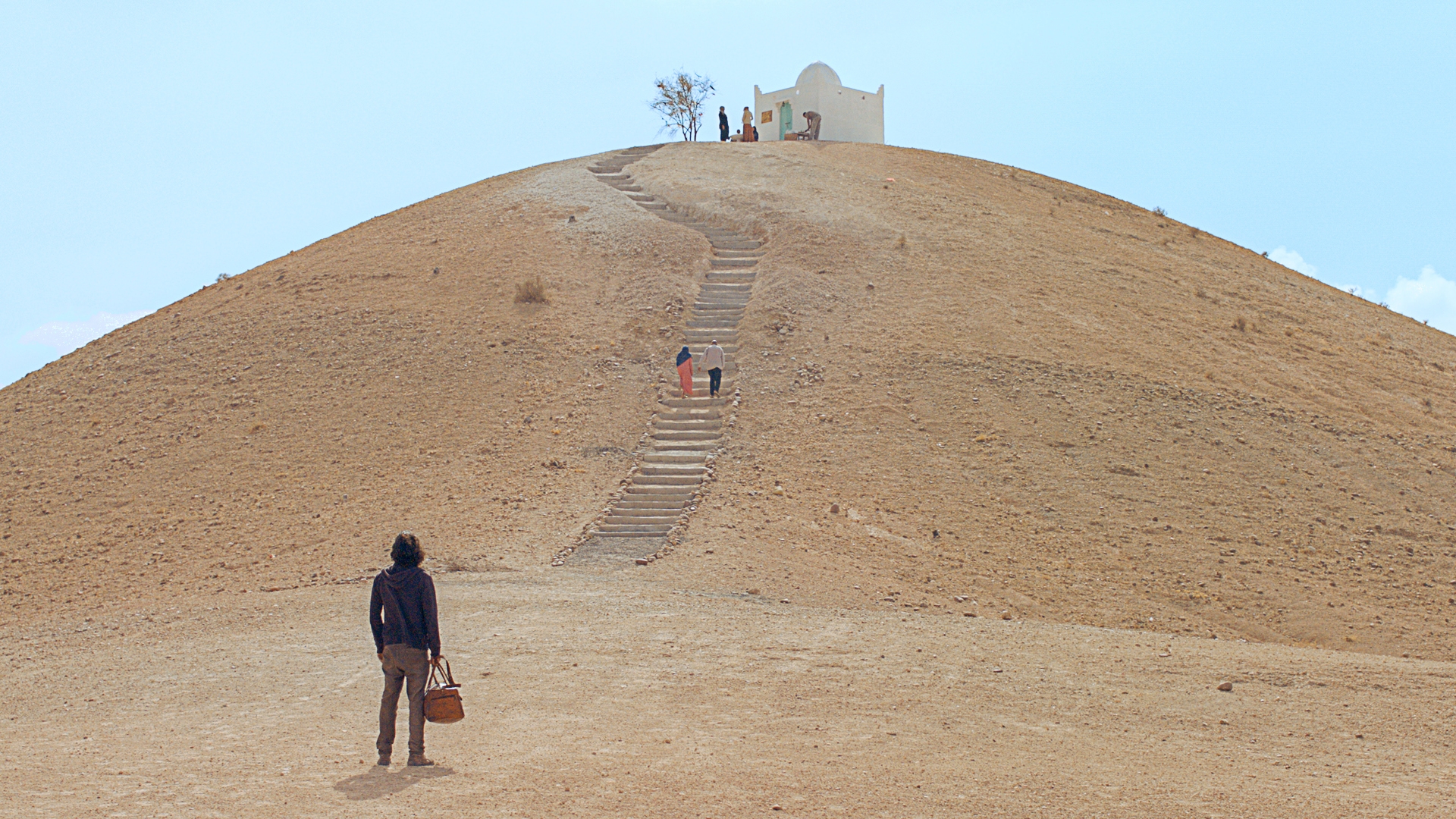 Amine steals a bag full of money and tries to escape the police on the hills. Before being arrested, he gets to bury the bag and makes the place look like an old grave. Years later, he gets out of prison and starts to look for the money. When he arrives, however, Amine discovers that the place where he buried the bag is now a religious shrine in honor of an unknown saint. The mission of recovering the money becomes much more difficult.
Marroco France Qatar crime religion 
Born in Morocco in 1988, Aljem studied film in Marrakesh and in Brussels. He directed several short films, such as The Ritual (2008), Tribute (2011) and The Desert Fish (2015). The Unknown Saint is his first feature film.