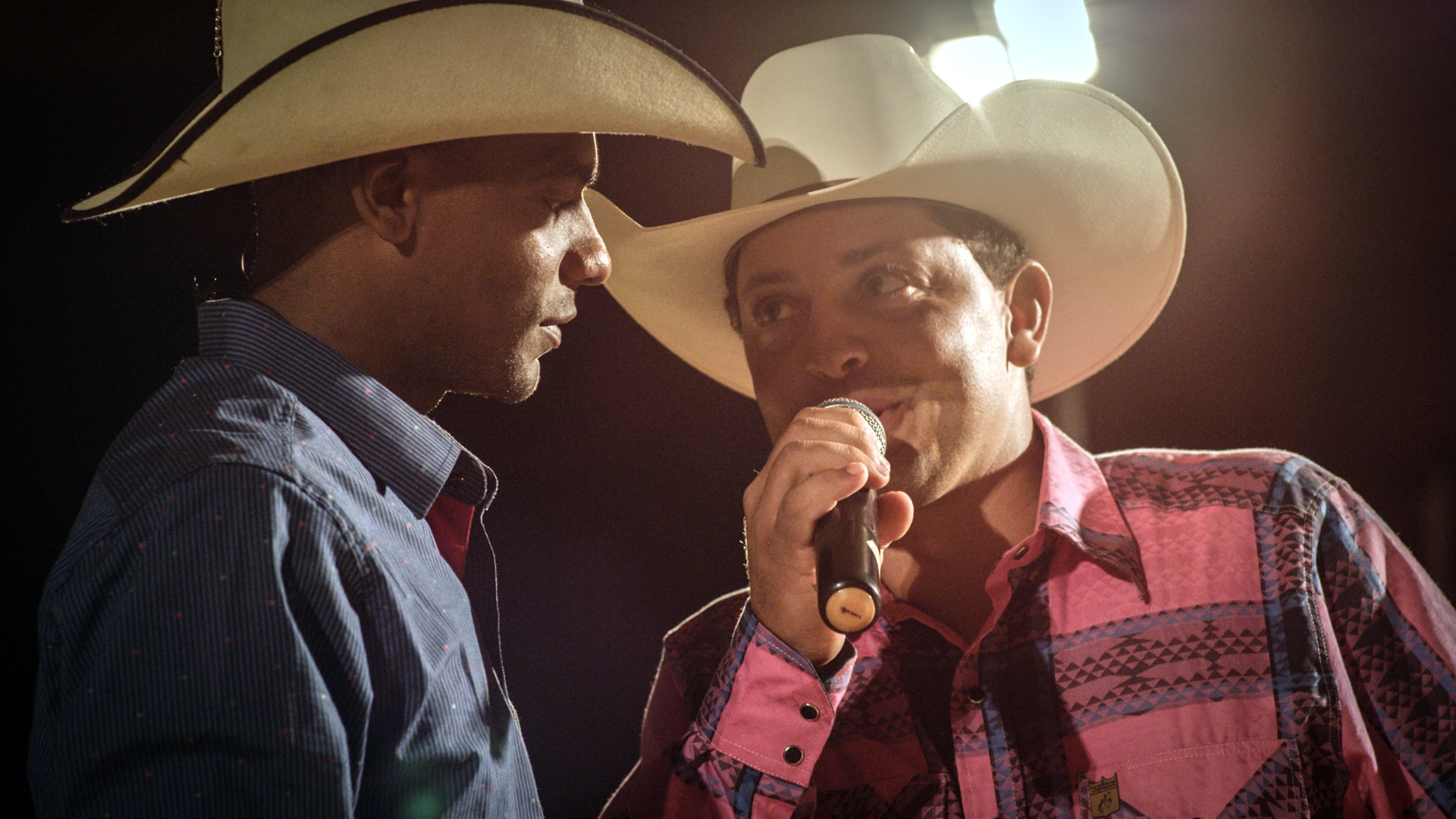 Marcelo lives in the backwoods of the estate of Minas Gerais, Brazil, and he loves the life in the countryside: he works as a cowboy and dreams of becoming a rodeo narrator. One day, Marcelo’s farm suffers a big robbery, and the incident affects him deeply. With the help of his friends, Marcelo tries to put himself back together and pursuit his dream of being a narrator.
Brazil friendship existencial crisis